skip to main | skip to sidebar

Families of the rangers celebrate together 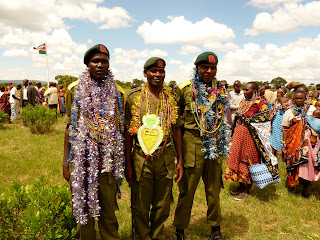 Posted by Manager's updates from the field at 11:34 PM 1 comment: 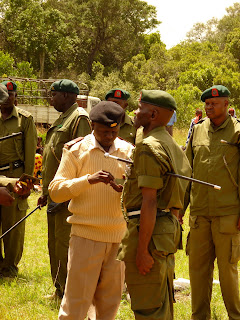 Posted by Manager's updates from the field at 11:29 PM No comments: 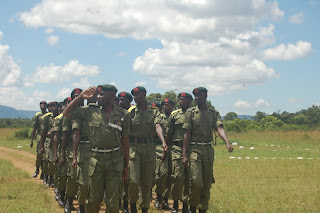 Posted by Manager's updates from the field at 11:22 PM No comments: 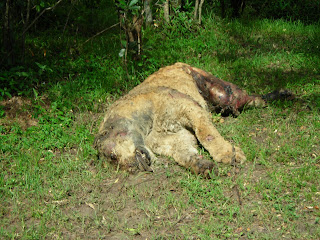 At 8pm on the 24th of April 2010 MNC Sn. Warden Benson Ketere reported that our Ngoswani rangers had been informed that lions had been poisoned near their gate.

Benson arrived at Ngoswani at 8:30pm that night but could not enter the area where the lions were reported to be lying dead, due to large numbers of elephant. Benson returned to his station for the night.

On the morning of the 25th at 8am Benson arrived our Ngoswani Gate and was escorted some 4km from the gate to where the lions were. Upon confirming the deaths of three dead lions we reported the incident to the KWS intelligence department Narok, and KWS Mara veterinarian. The veterinarian previously instructed our team on how to take samples, which we did with the KWS Lemek rangers and Intel. Dept.

At the scene we noticed that there were piles of dead flies around the cow carcass and that the lions had not yet been scavenged. They had been dead for about two days, due the rate of decomposition.

Our rangers with the KWS team arrested one man named, $#%#$#%, whom admitted to the group that he had poisoned the lions with his neighbors. He also produced a container, which he had used to poison the lion that contained pink powder. The same pink coloring was visible on the laced meat of the cow carcass used for the poisoning. He was taken by the KWS to the Narok police station.

On the 28th the suspect was released and no charge reached the prosecutors office.

The lion samples were refrigerated and flown to Nairobi on the 27th of April. The KWS veterinarian in Nairobi collected them that morning.

Some three weeks later we have had no feedback regarding the test results.
Posted by Manager's updates from the field at 5:00 AM 1 comment:

Rangers removing tusks of an elephant with Anthrax 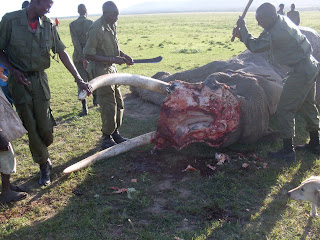 On the 10th of March we arrived at a very fresh dead elephant near Military Bush inside MNC. The elephant was not bleeding from its trunk, mouth, or ears and had a fetid wound on its back so we assumed it died from poison arrow. 5 days later two of our rangers whom removed the tusks contracted anthrax. They are now much better but we expect that their may be some dormant spores around the site where the elephant died.
Posted by Manager's updates from the field at 1:05 AM No comments: 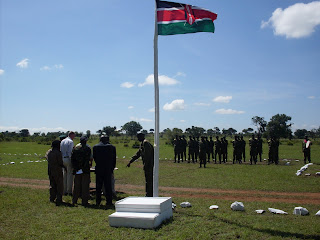 On the 6th of march 21 rangers completed their final graduating parade at the HQ. The District Commissioner was our guest of honor and 6 rangers were given hunting knives for: best marksman, discipline, neatness, best in fielid-crafts, best in academics and best overall. The parade was a great success and about 500 people attended the event from the community.
Posted by Manager's updates from the field at 9:45 PM 1 comment:

Manager's updates from the field
My name is Marc Goss and I work for a land management company called SEIYA Ltd. directed by Brian Heath. For the last two years I have been working in the Maasai Mara managing two large areas of land. Namely Mara North Conservancy. Our goal is to holistically manage the area for a conservation purposes. The land is owned privately by Maasai who have leased their land to generate income through tourism from a select number of tourism partners. We are the first responders to an array of issues including; poaching, cattle theft, cattle arrests, livestock predation, anti-poaching and wildlife welfare.